Peace for your Path...

"peace. it does not mean to be in a place where there is no noise, trouble or hard work. it means to be in the midst of those things and still be calm in your heart." (unknown) http://www.labyrinthwellness.com

The following essay that I wrote was published by Underwired Magazine www.uwmag.com in December 2006:

Is it possible that, despite my attempts to mature into a directed, self-aware woman, I could inadvertently choose not to walk my authentic path? Could I behave just as irresponsibly as Anderson’s ill-fated young mermaid and ransom my own True voice?

The labyrinth quietly whispers "Yes" as it beckons me closer to listen to its ancient wisdom. Gradually, I am learning to trust its gentle, winding path even though it has led me in some curious directions these past years. Still, it has never failed to lead me to its Center or to my own. Its call to me simply is to walk by faith and not by sight. My challenge is to do just that.

I first began walking Louisville-area labyrinths five years ago. The leader of our church’s spiritual formation group implemented a plan to set up a canvas labyrinth in our gymnasium once a month for open community walks. A labyrinth is a circular structure about 40 feet in diameter with one circuitous path that leads from the outside to the center. Unlike a maze which has dead ends, tricks and intersecting paths, a labyrinth’s singular path always leads the walker to its center and back out again.

The labyrinth invites us to move at our body’s natural pace as we follow its path. We are encouraged to view what happens during the walk as a metaphor for life. Each step moves us through cycles of releasing, receiving and finally returning back to the entrance. There is no right or wrong way to walk a labyrinth. Each experience is unique.

The type of labyrinth I was introduced to at St. Paul United Methodist Church which has now become one of my favorite spiritual tools is the medieval eleven-circuit labyrinth. It is modeled after the labyrinth in Chartres Cathedral which was installed in France in the early 1200's. The Reverend Dr. Lauren Artress explains the fascinating history of this and other labyrinths in her book, Walking a Sacred Path: Rediscovering the Labyrinth as a Spiritual Tool. Dr. Artress is the President and Founder of the non-profit organization Veriditas, the Voice of the Labyrinth Movement.

Through an unlikely series of events, the labyrinth connected me with Dr. Artress in a way I never would have believed possible. Now, however, I recognize that challenging my beliefs is the very way of the labyrinth in my life.

I had visited Grace Cathedral in San Francisco back in 2002 while on vacation. The idea of the labyrinth was brand new to me then but I was intrigued enough to walk both the indoor and the outdoor labyrinths with my family. At the time, I didn’t know that Grace Cathedral was where Dr. Artress served as Canon for Special Ministries. Then, the following year, there just "happened" to be an outdoor labyrinth near our friend’s home in Arizona where we were visiting. By then, I had been walking the several Louisville labyrinths more regularly and feeling a connection that was appealing yet difficult to explain to others.

Shortly after moving to South Florida in 2004, I found an outdoor stone labyrinth just minutes from our son’s new school. A few weeks later my husband called from where he was staying on a local business retreat in Del Ray Beach to tell me excitedly that the retreat center had two labyrinths on site. Even more amazing was the fact that Dr. Artress was actually coming to the Duncan Center to do a rare regional training workshop for new labyrinth facilitators through Veriditas!

Thankfully, I continued to walk the labyrinth while I wrestled with these voices until, finally, I just filled out the application and sent it off before I could change my mind. The resulting four days I spent training with this remarkable woman and the rest of our group were among the most rewarding days of my life.

So, what I’d like to say in my own voice with the help of the labyrinth, is that sometimes you just have to take life on faith -only faith- because faith is taking what can’t be proven and believing it anyway (just because you do). Faith is beyond believing. Faith is knowing, despite all the voices both external and internal, that the impossible is possible. Faith transcends the realm of reality and transports us to the kingdom of possibility. It is there that we may find the very heart of our dreaming.

There is no wrong way to walk a labyrinth. Everyone is invited...

(For more information on labyrinths, please visit http://www.veriditas.org/. A World Wide Labyrinth Locator is available at the website to assist you with finding labyrinths in your area. Walking a Sacred Path: Rediscovering the Labyrinth as a Spiritual Practice and The Sacred Path Companion: A Guide to Walking the Labyrinth to Heal and Transform both written by Lauren Artress are published by Penguin Books, LTD).

e-mail Robin or send her a message on Facebook 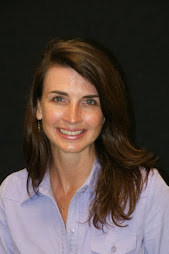 climb up to our newest web home

every Third Thursday of the month from September to May 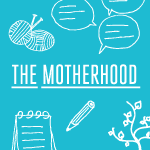 take a walk around these wonderful websites:

so, what is it like to walk a labyrinth?

Read my article Walking the Labyrinth to get an idea.

welcome to the labyrinth

Welcome to the Labyrinth
View more presentations from Robin Hansel.

pilates on the path

please stop by and see us here, too!

a sixty second promo about my labyrinth work

listen to one of Robin's favorite episodes at link just below 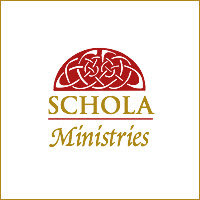 a lovely musical and meditative oasis

poetry for your path

"Those who dwell among the beauties and mysteries of the earth are never alone or weary of life." - Rachel Carson

"I am a hole in a flute that the Christ's breath moves through. Listen to this music." - Hafiz

"The sea does not reward those who are too anxious, too greedy, or too impatient. To dig for treasures shows not only impatience and greed, but lack of faith. Patience, patience, patience, is what the sea teaches. Patience and faith. One should lie empty, open, choiceless as a beach - waiting for a gift from the sea." - Anne Morrow Lindbergh

"True contemplation is not a psychological trick but a theological grace." - Thomas Merton

"The search for grace, costly grace, involves the acceptance of pain and the creative grief which accompanies growth into maturity. Don't be afraid the pain will destroy the wholeness. It leads, instead, to the kind of wholeness that rejoices in Resurrection." - Madeleine L'Engle

"It is true that sin is the cause of all this pain, but all will be well, and every kind of thing will be well." - Julian of Norwich

"Let the beauty of what you love be what you do." - Rumi

"The labyrinth does not engage our thinking minds. It invites our intuitive, pattern-seeking, symbolic mind to come forth." - Dr. Lauren Artress

"You create a path of your own by looking within yourself and listening to your soul, cultivating your own ways of experiencing the sacred, and then practicing it. Practicing until you make it a song that sings you." - Sue Monk Kidd

"Divinity is like a wheel, a circle, a whole." - Hildegard von Bingen

"Draw a sacred circle around your recovery. Give yourself the gift of faith. Trust you are on the right path. You are." - Julia Cameron

"The joy of Being is the joy of being conscious." - Eckhart Tolle

"There is nothing enlightened about shrinking so that other people won't feel insecure around you. We were born to manifest the glory of God that is within us." - Marianne Williamson

"The enemy of whole vision is reasoning power's divorce from the imagination." - William Blake

"When we walk to the edge of all the light we have and take that step into the unknown, we must believe that one of two things will happen: there will be something solid for us to stand on, or we will learn to fly." - Patrick Overton

"There are beautiful wild forces within us. Let them turn the mills inside and fill sacks that feed even heaven." - St. Francis of Assisi

"One of the most wonderful truths you will discover on the path to authenticity is that your aspirations are your possibilities." - Sarah Ban Breathnach

"Traveler, there is no path. Paths are made by walking." - Pablo Neruda

"I write because I am confused and seek to understand". - Robin Bradley Hansel


"We write to taste life twice, in the moment and in retrospection. We write, like Proust, to render all of it eternal, and to persuade ourselves it is eternal. We write to be able to transcend our life, to reach beyond it." - Anais Nin

"Hope deferred makes the heart sick, but a desire fulfilled is a tree of life." - Proverbs 12:12

"Life shrinks or expands in proportion to one's courage." -

"Superficiality is the curse of our age. The doctrine of instant satisfaction is a primary spiritual problem. The desperate need today is not for a greater number of intelligent people, or gifted people, but for deep people." - Richard J. Foster

"You can safely assume that you've created God in your own image when it turns out that God hates all the same people you do." - Anne Lamott

"You are the veil that hides the paradise you seek." - Saint Brendan

Pilates on the Path

followers on the path